Futsal offers the best indoor soccer experience specializing on foot skills, quick decision-making skills, higher-scoring games, and smaller sized fields. The league is played in a 5v5 format at the LakePoint Sports Champions Center. Games will consist of two 20-minute halves. You will be guaranteed 6 regular season games and playoffs.

Registration for the 2022-23 season begins soon. Games will be on Monday and Wednesday nights. The schedule will include six league games followed by a single elimination tournament on the seventh week.

“During the offseason, we are always trying to keep [our son] engaged in soccer. The LakePoint Sports Winter Futsal League provides both a fun and competitive environment for [him] to keep up his skills and compete at a high level. This is our third year playing this league and more to come.” — LakePoint Futsal League parent

“Winter Futsal League at LakePoint Sports is the most fun indoor league around Atlanta. Soccer players will have the opportunity to stay active and focus on what they like to do” — LakePoint Futsal League parent

No videos are associated with this program. 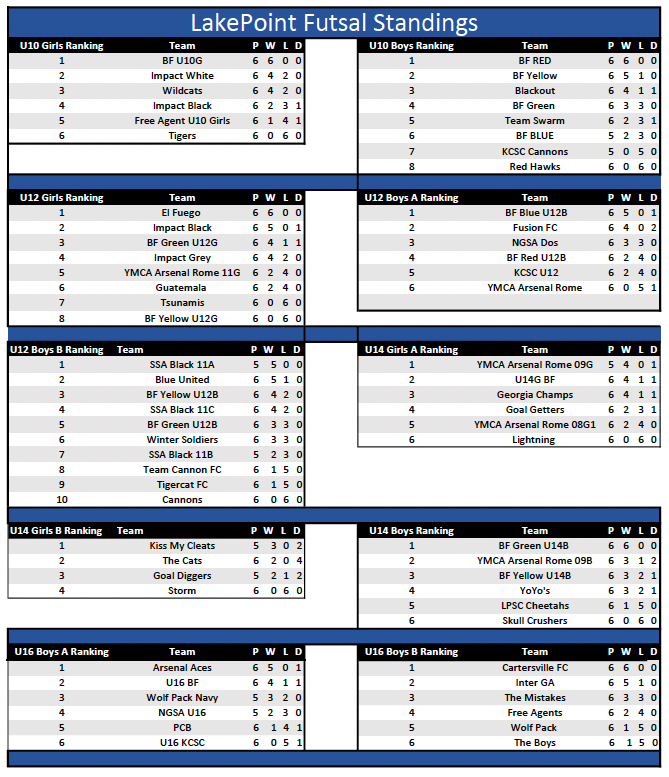